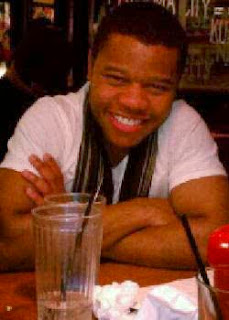 22 year old Nigerian man Uyobong Ukonne has been missing in New Jersey since last Sunday May 25th after drowning on a rafting trip with friends on the Delaware River, police say.

Uyo, who had just graduated from New Jersey City University with a degree in chemistry, had been rafting down the river at 1pm with friends when he took off his life jacket and jumped into the water to swim. His friends say after he went into the river, he surfaced once, sank again and disappeared.

His friends said he'd told them he wasn't a good swimmer before attempting to swim in the 20-foot, cold river .

Since Sunday divers have been combing through the river foot by foot searching for Uyo, who is now presumed drowned, Joe Hinkes, the chief ranger of the Upper Delaware Scenic & Recreational River said. As of today, his body has still not been found.