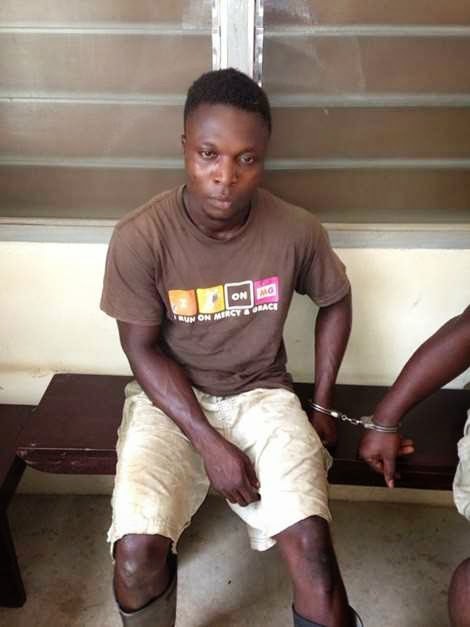 Jacob Kuli, 25, the suspect, is said to be living with his Kindergarten Two daughter alone after the victim’s mother abandoned them. Kuli, who appeared before Tema Circuit Court ‘A’, is being held by the Police since the court did not sit. According to the Police, Mr Joseph Adjetey Adjei, who is a resident of Apolonia and the landlord of Kuli, visited his Ashaiman house on June 26 at about 0600 hours. Mr Adjei who entered the house after exchanging pleasantries with Kuli who was on his way to work, saw the victim with cane marks all over her body and burns on both hands. The landlord questioned the victim on the cane marks and burns and was informed by the girl that her father boiled water and dipped her hands into it for taking fish from his soup. Mr Adjei subsequently made a complaint to the Police and a medical form was issued for the victim to be sent to hospial. see his daughter’s pics below 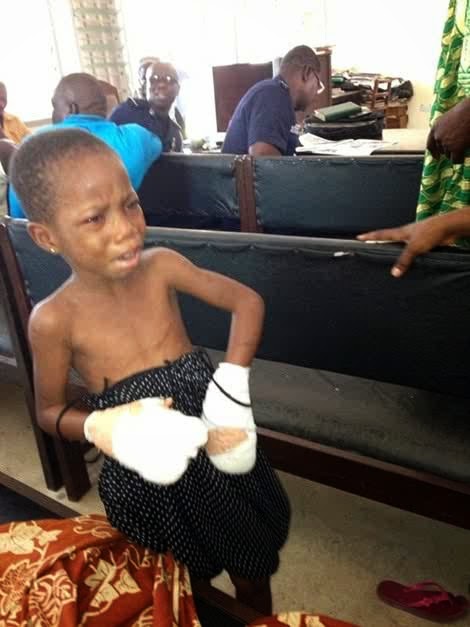