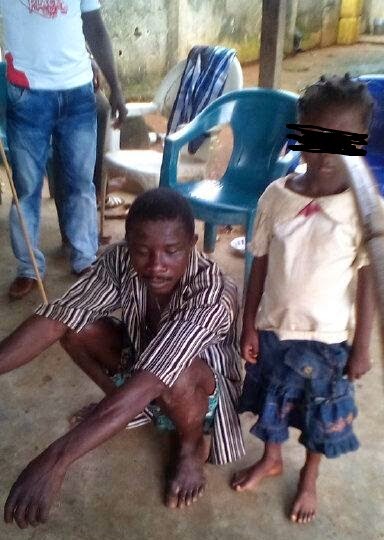 ThIS man is being accused of S3xually molesting his own 5 year old daughter . This happened in the Italuwo community in Ikorodu Road, Lagos.  details have not been recieved yet  but from what a source said, a neighbour suspected the man was assaulting the little girl and alerted people in the area. Although when confronted, he denied it but the girl confirmed she’d been molested. He was beaten and taken to the community security post. This picture was taken as he was being interrogated.