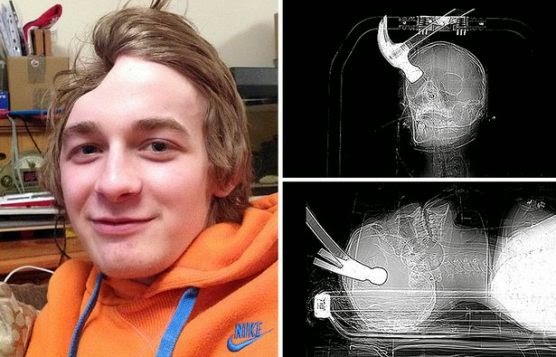 18 year old Connor Huntley (pictured above) was found by medics with a hammer embedded in his skull after his H0mophobic flat mate, 21 year old Joseph Williams attacked him with a hammer as he slept in their 2-bedroom apartment in Kent, UK. After the attack, Williams called 999 and confessed to the horrific attack.

“I don’t know how to say this but he’s dead in my flat. I hit him on the head with a hammer in his sleep.” Williams told the operator

Doctors say Connor is lucky to survive the assault (pic of his x-ray with the hammer in his head), but he now suffers from epilepsy and has been robbed of his independence 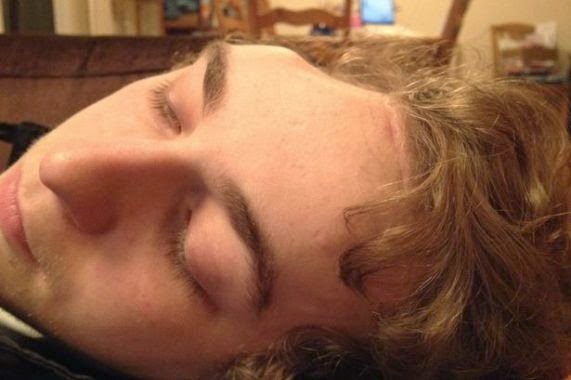 Williams was arrested, charged with attempted murder and has been sentenced to 14 years in prison.

According to prosecutors, Williams was a H0mophobic who hated that his roommate was Gaey and a cross dresser and told friends that he would ‘end up hurting’ his roommate if they continue to live together. And on May 28th 2013, he carried out the attack. At the time, he was suffering from depression and was developing schizophrenia.