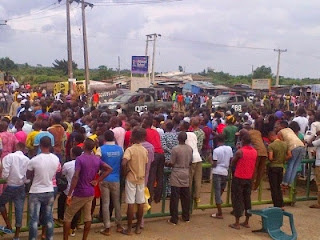 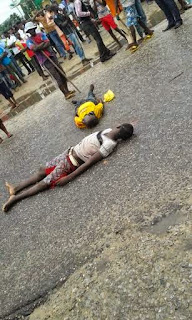 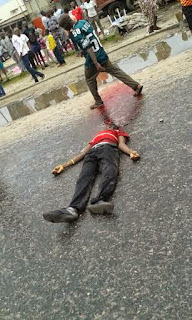 An Okada rider and his 2 male passengers were crushed to death this afternoon at Awoyaya bus-stop  along the Lekki-Epe Express way in Lagos as they were being chased by a police van.

While trying to escape from the police who were chasing them to seize their bike for riding on the express, the Okada, which was in high speed, collided with a BRT bus that crushed them to death.

According to an eye-witness, area boys gathered and burnt the police van. The army had to be brought in to calm the situation

Baecation! Omoni Oboli her husband and the Durotoyes…