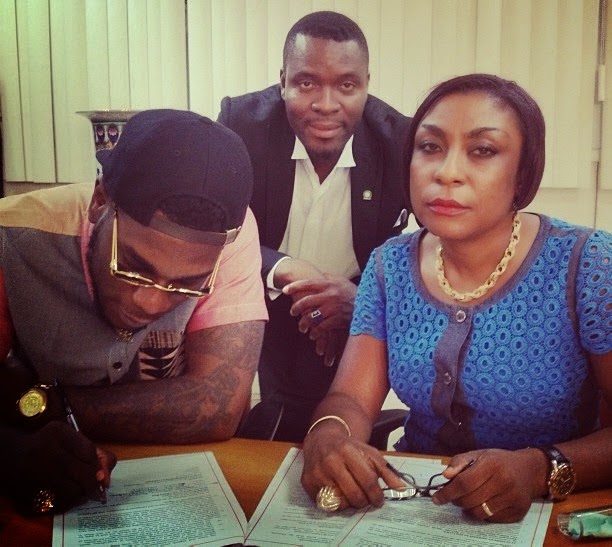 “I was not in the country when the story broke and I have said I would not make any comment on it because it is totally unimportant. Whether I am his manager or not, he is my child and there is no role bigger than that. I am so shocked about how people made a big deal of the issue. I am not a musician or an entertainer, so I don’t owe anyone an explanation but he has done enough.”

“They should just leave the poor boy alone. I am not a twitter reading person; I talk to him on a daily basis, so I am not interested in what is on twitter. I have absolutely no problem with my child and as far as his career goes, I still do what I have to do. I still do everything I used to do but I cannot always do everything. I was out of the country for about eight weeks, how much can I do? There is no issue with us and there is no reason to feel anyhow. It is something we discussed and I still do what I have to do, I still manage some of his accounts, transactions and endorsements but I can’t do everything. There is no issue there at all. If I have an issue with my son I would go and meet him. I still handle his corporate shows because nobody else can do that for now. I am only one person and I am not a young person and he is going bigger every day. This is not something that should have been misconceived at all.”