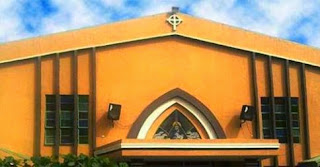 5 people have been confirmed dead after a bomb was tossed into the premises of St. Charles Catholic Church in the Sabon Gari area of Kano City shortly after church service around 1pm today July 27th Confirming the incident, Mr Frank Mba, the Public Relations Officer of the Nigeria Police said that five persons including two women, two men and a soldier guarding the premises of the church were killed in the attack as worshipers were leaving the church premises after service. Many others were injured